Types Of Golden Retrievers – How Many Kinds Are There? Golden retrievers are an extremely popular breed and make great companions and pets to people of all ages and families with children. But despite their popularity, many potential owners don’t realize there are different types of golden retrievers they can take home.

In addition to different types, things get even more complex due to variations in a golden retriever’s color and coat. All things considering, there are some subtle and some not so subtle differences between golden retriever dogs every owner needs to know about.

In this article, I will tell you everything you need to know about different golden retrievers and what to expect from all varieties. This way, the next time you see a golden retriever puppy for sale, you will be able to differentiate the type.

Goldens were originally bred in Scotland in the 19th century to serve as gun dogs and to retrieve shot waterfowl.

For centuries, people had only been able to hit game from a relatively short distance. But, as hunting technology and guns improved, the hunting style had to change and evolve too. Since hunters could now shoot birds from further distances, the game fell further away and often ended in streams, rivers, or ponds.

The retriever dogs of that time were not bred to tackle these new challenges. While they could collect game, they couldn’t find the downed game at a distance the new guns could reach. They also could not retrieve game from lakes or rivers.

So, breeders needed to create a new dog.

Dudley Marjoribanks, the first Lord of Tweedmouth, took on the challenge. He crossed a yellow-colored retriever, named Nous with a Tweed Water Spaniel female dog, called Belle. The Tweed water spaniel is now an extinct breed but was then very common in Scotland.

The resulting litter had four puppies. Those four puppies became the foundation of a breeding program, which also included a bloodhound, an Irish setter, the St. John’s water dog of Newfoundland, and two wavy-coated black retriever dogs.

Tweedmouth wanted to create a more athletic and powerful breed than previous retrievers that would still be highly trainable and mellow. His retriever dogs instinctively loved the water but also had a thick and fluffy double-coat to keep them warm. They also had a soft mouth for retrieving game without damaging it and embodied Tweedmouth’s idea of a perfect hunting dog.

The golden retriever, as it came to be known, was born.

The golden retriever breed was first accepted for registration in 1903 by The Kennel Club as Flat Coats – Golden. In the U.S., the American Kennel Club recognized this breed in 1925, and the Golden Retriever Club of America was founded in 1938.

Today, golden retrievers are one of the most popular breeds in the country. You’re likely to see at least one if you go for a walk in any neighborhood. They became especially popular in the U.S. in the 1970s because of President Gerald Ford. The public fell in love with his dog Liberty, and the breed soon became a part of the American Dream. 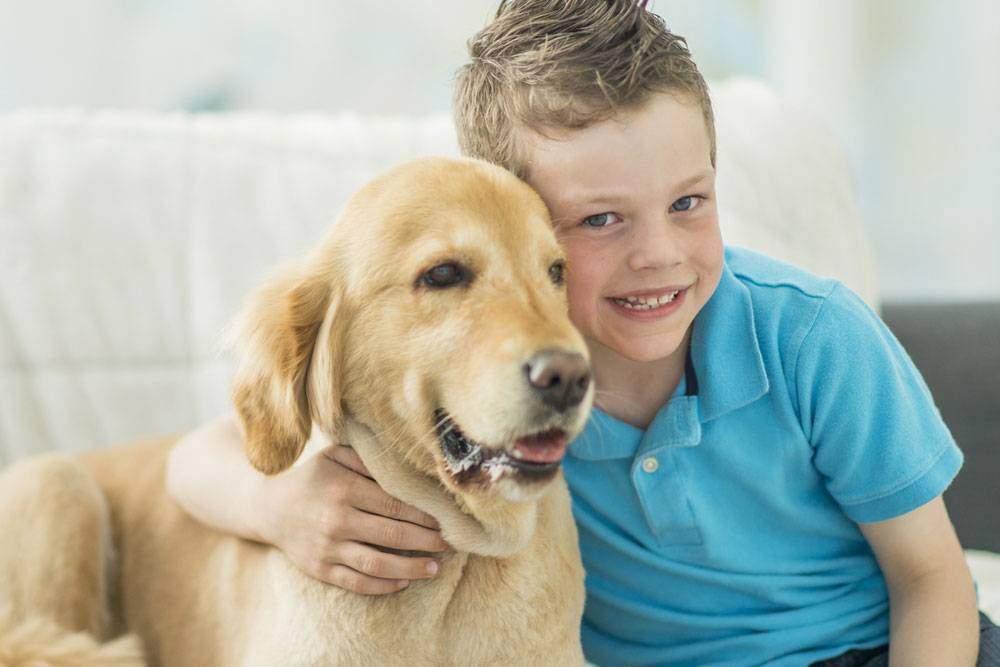 What Are The Three Types Of Golden Retrievers?

There is some confusion about whether golden retrievers come in different varieties.

The differences between these three kinds of golden retrievers are minimal. They are mostly physical (for example, there are differences in their coat types), and these differences have emerged naturally over the course of breeding. They have no real effect on the temperament or health of the dogs.

But, let’s find out more about different golden retrievers, starting with the Canadian type.

One of the major differences between this and the other two kinds of golden retrievers is that the Canadian breed standard allows all shades of gold. There is no specific mention of lighter cream shades, which are deemed less desirable in the American breeding standard.

Canadian golden retrievers have broad, well-defined heads, dark, slightly tapered eyes, and their ears are set further back on the head. And these dogs can stand taller than the other varieties by as much as two inches. This is the biggest difference between this type and the other two.

The average male Canadian golden retriever is 23 to 24 inches tall, while females can grow up to 21.5 and 22.5 inches. Males generally weigh from 65 to 75 pounds and females can tip the scales at 60 to 70 pounds.

British or English golden retrievers have long, feathery cream coats that are characteristic of the breed. Their coats can be flat or wavy with a lot of feathering, and they have a prominent ruff around their necks. And unlike the American and Canadian breeding standards, the English breed standard allows cream as a coat color.

The British type of golden retriever is more solidly built and heavier than American and Canadian types. They also have broader features, large round dark eyes that are at the same level as ears, and a wider muzzle.

They are somewhat smaller than the Canadian variety, but not by much.

The biggest difference between the British and American types of golden retrievers is the coat color. The rest, including their temperaments and behavior, are very similar.

English goldens tend to be slightly smaller than the other two varieties, with males being between22 to 24 inches tall and females standing between 20 and 22 inches. Most males weigh 65 to 75 pounds, whereas females weigh 50 to 70 pounds.

American golden retrievers are lankier and less muscular than the other varieties, but they are no less impressive. The American type is easily recognizable thanks to their coat that comes in various rich shades of gold. According to the breed standard, coats that are either too pale or too dark are undesirable.

While they are darker than their British cousins, American goldens also have a long, dense, and wavy water-repellent coat. They also have a heavy feathering around the neck, chest, thighs, and tail.

Where their coats are darker, the American golden’s eyes are generally lighter. Their eyes are almond-shaped and look almost triangular when observed from the side.

What To Expect From All Varieties?

No matter which variety you choose, all golden retrievers have similar temperaments. And despite their physical differences, each variety is easy to house train and eager to please, which makes this breed a great choice if you are a novice owner.

In general, you can expect a dog that is:

That being said, when you think of a golden retriever, you likely think of an American or a British variety. This is because of the long wavy coats that are characteristic of the breed.

Keep in mind, while goldens make amazing companions and loving pets to people of all ages, they are, foremost, working dogs. This means your golden will enjoy hunting or any type of work or water activities and require daily vigorous exercise.

The best way to keep your golden retriever’s energy in check is to keep them occupied with regular exercise and play sessions. Activities such as jogging, cycling, hiking, swimming, running, or brisk walks are all great ways to keep your golden exercised and on best behavior.

Don’t forget to keep your pooch mentally stimulated with puzzle toys, and make sure your golden has an array of different toys.

Since all golden retrievers were bred to retrieve downed game, they are naturally mouthy and have a strong urge to carry something in their mouth. To prevent your pooch from taking a liking to your favorite shoes, make sure there are fun and interesting toys your dog can mouth instead. 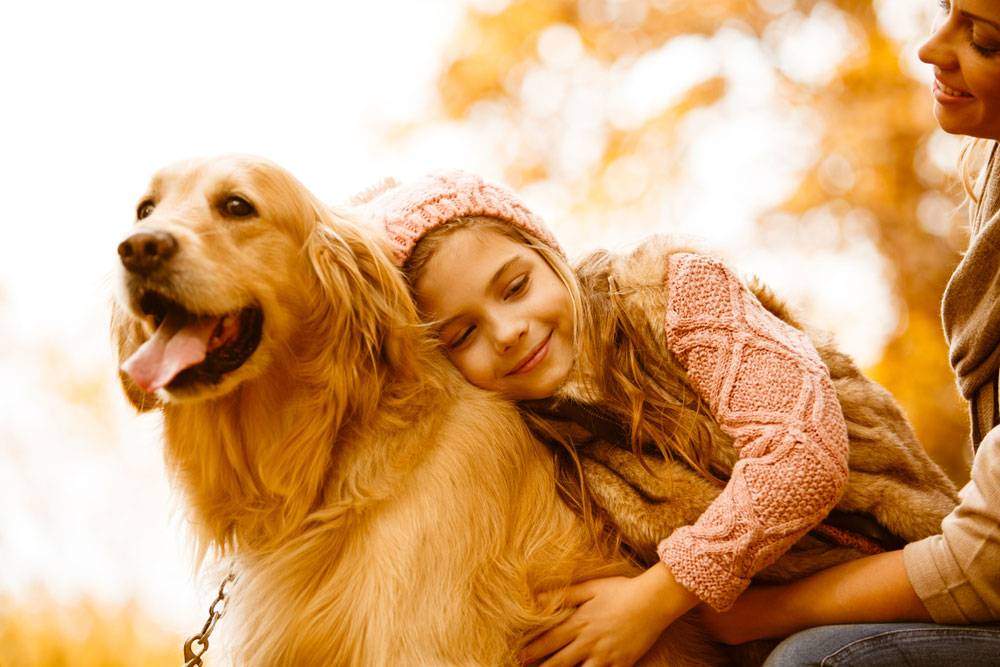 The Golden Color And Shades

The second way golden retrievers can vary from each other is by color. Goldens are known for their luscious locks that come in various shades of luminous golden color.

There is very little color variation between goldens. Unlike the Labrador retriever, which comes in three very distinct colors, goldens tend to stay within a limited color spectrum.

When it comes to the American golden retriever, the AKC breed standard states that extremely pale and extremely dark colors are undesirable. And while some goldens can come in other shades of gold, only three distinctive shades are recognized for showing.

This color spectrum is very strict, especially for show dogs. If a dog falls outside of a desirable color range, it cannot compete or be registered with the American Kennel Club. At the same time, the British and Canadian Kennel Clubs accept more coat colors, including cream.

Despite the desirability of the gold color, some dogs fall outside of this range. You can find golden retriever colors varying from pure white, mahogany to red or even black! They are not as common, but they can be found.

The beauty of these colors is that they are hereditary. Unlike other dog breeds that can have differently colored puppies in the same litter, Goldens will only have puppies with the same or similar coat colors.

This means you can typically guess the color of the golden retriever puppies based on their parents’ coat colors. To be completely sure, you can check the fur behind your puppy’s ears, since that is a good indicator of their true color.

So, if you are looking for a redhead or a pure-white golden, you should find a reputable breeder for that exact coat color. And if you aren’t set on showing or breeding your golden retriever, you can take home the first golden puppy that catches your eye, regardless of its coat color.

What Are The Three Types Of Golden Retrievers?

Which Type Of Golden Retriever Is Best?

There is no best type of golden retriever because all of them are the same breed. All three types are energetic and easy to train, can serve as guide dogs, and behave in the same way. Ultimately, you should base your decision on personal preference and choose a dog that will fit into your family and lifestyle.

But whichever type you choose, know that you will gain a faithful, affectionate, amicable, and fun-loving companion for many years to come. The only thing you should ask yourself is whether you want a golden with a longer coat and a full ruff or a golden with a shorter and thinner coat.

What Is A Canadian Golden Retriever?

American golden retrievers are generally slimmer and taller, while English golden retrievers are slightly shorter and have a stocky build. But the biggest difference between these two types is that cream color is allowed in the British standard, while the American standard finds extremely pale or dark colors undesirable.

While there are three “types” of Golden Retrievers, the differences between them are mostly cosmetic. You can find both different colored options as well as different varieties. They might vary in size and shape, but they won’t vary in their loving demeanor and kind-heartedness.

The truth is, no matter the color or type, a golden retriever will be the perfect pet for your family. They are smart, fun, and easy to take care of and train. They will quickly become your new best friend and will be a companion for years to come.