The White Golden Retriever: The Charm of English Cream Golden Retrievers are one of America’s favorite dog breeds—but they are not always golden in color. Across the United States, the White Golden Retriever is becoming increasingly popular. As the dog becomes more common, more and more people have questions about them.

From puppies to adults, White Golden Retrievers are fantastic dogs. If you are interested in one but want to learn more about them, look no further. In this article, we’ll take a look at all your questions about these lovable dogs.

WHAT IS THE WHITE GOLDEN RETRIEVER?

It is simply a Golden with a pale-colored coat. Unlike their more yellow-toned cousins, these dogs are almost white. The difference between the two dogs emerged over time.

Golden Retrievers were originally created by Scottish breeders in the 19th century. The dog was developed over the course of more than 50 years. Several different types of breeds were introduced into the mix over time to create the dog we know and love today.

Eventually, the Golden Retriever breed was born. But this diverse genetic background is likely the reason there is a color difference.

Over time, the golden-toned dogs and the lighter-toned ones developed into two different “types” of the same breed. Today we call these the American and the English.

In reality, the “white” Golden Retriever is actually just a broad name given to English Goldens. This is because this variety tends to have lighter-colored coats—hence the white name. Because of this, these dogs are known as the English Cream Golden Retriever.

HOW DO THEY COMPARE TO OTHER GOLDENS?

The English Cream Golden Retriever is simply a type of Golden.

As a result, there truly isn’t very much difference between these dogs and the American variety. In general, they will have the same temperament, looks, and exercise requirements. They will both live for 10 to 12 years and will need similar amounts of mental stimulation.

However, there are a few differences that are worth noting. The largest and most obvious one is appearance. Instead of having a yellow-toned coat, this dog will be a creamy white. There can be some shading variation within this category, but not very much.

There are also some other physical differences. These include blockier heads, bigger bones, and darker skin than other Goldens. The English Cream’s eyes will be rounder and darker than a traditionally-colored dog.

In terms of temperament, the dogs are roughly the same. The English Cream might be somewhat more relaxed than the American Golden Retriever. That doesn’t mean that this dog doesn’t require exercise though. You need to be sure to take it outside every day… otherwise, you will have a mischievous dog on your hands.

SHOULD I GET ONE?

If you are interested in a new companion, these English Golden Retrievers are a great choice. These dogs are fun-loving, patient, and extremely loyal to their humans.

We highly recommend Goldens for families. They will want lots of attention and enjoy groups of people. They are also easy to train and are perfect for young children.

On top of that, Goldens of any kind will also loaf around the house. As long as they get enough exercise a Golden will happily curl up on the couch. It will be a great companion for family movie nights, only asking for belly rubs during the film. This is in stark contrast to Labradors and some other Retriever types which get bored easily.

A Golden might not be the best choice for you if you live alone or don’t exercise often. They also are not the best guard dogs. Though loyal to their owners, they quickly befriend strangers. According to the American Kennel Club, Golden Retrievers can range in cost. In some cases, you can find Goldens that are up for adoption for roughly $500.

This is a great price, but it is also hard to find a purebred dog this way. This is especially true of English Creams, which are not as popular in the U.S. as they are in the U.K.

The white color of these dogs has to be selectively bred. As a result, if you are looking for a white Golden specifically, you might have to look at breeders.

Breeders will cost a pretty penny. They take great pride in their dogs and go to great lengths to ensure the health and longevity of them. The dogs will have multiple health checks and veterinary visits before they even come to your home.

Because of this, you can expect to pay roughly $1,500 for a white Golden.

If you would prefer to go with a breeder, you should search for a reputable one in your area. There are many things you should look for in a breeder, but a few worth noting are:

In short, a reputable breeder will care heavily about the dogs. They will also come with great testimonials. One of the best ways to find a great breeder is through word of mouth, so ask your friends who have White Goldens!

A White Golden Retriever is not very different from a traditionally-colored one. Both are smart, affectionate, active, and lovable. The White Golden might be a little bit calmer than the yellow-toned animals, but the other differences are mostly cosmetic.

Give your Golden enough attention and exercise and this dog will be the perfect addition to your family. 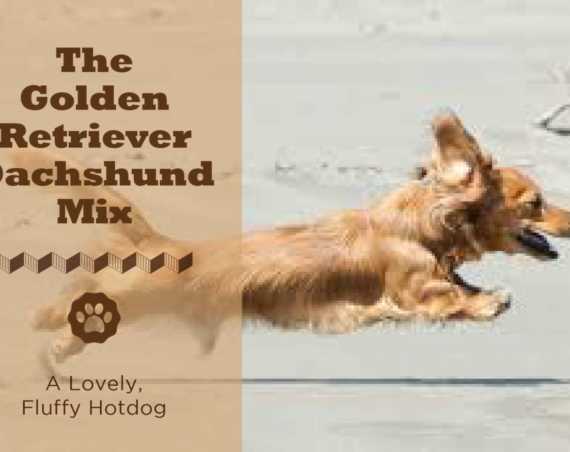 TotallyGoldens.com uses cookies to ensure you get the best experience while using the site. Click here for more information.